The Super Corvette: The L88 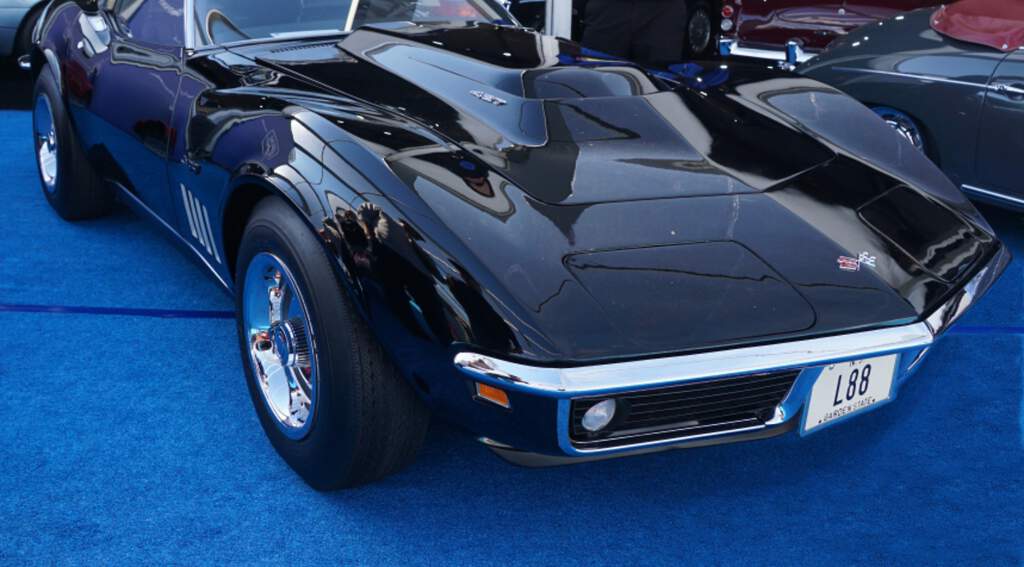 In the late ‘60s, during the height of the “Muscle Car Wars,” Zora Arkus-Duntov (also known as the Father of the Corvette) wanted to create the ultimate Sting Ray racer, one that could take on the international super cars of the day. He not only faced a significant technical challenge, but he also had to convince GM management that such a car should be built. Fortunately, he succeeded in doing both, and the race-ready 427 L88 option package debuted in the 1967 model year. Initially, only a few people outside of professional race teams knew about the L88. Of course, this changed as news of the success these Corvettes were having on the race circuit began to reach the general public. Although GM intentionally discouraged the purchase of L88 Corvettes for street use, it was a factory option that anyone could buy. So, for those who knew what the professionals were running and were into either sanctioned or unsanctioned racing, this was the car to have.

Buyers who walked into a Chevy dealership in the late ’60s to purchase a Corvette had to decide, among other things, whether they wanted a small block or big block engine.   Those that chose to have “427” emblazoned on the sides of the hood scoop were going all-in.

However, the emblem, alone, didn’t specify the car’s power, because not all 427 engines were created equal.  Initially offered in ’66 Corvettes, the 427 engine, known as the L36, had a horsepower rating of 390. Its successors, the L68 and L72, with their improved performance options, boosted the Corvette’s horsepower to 400 and 425, respectively.  Ranking even higher, the L71 and L89 versions of the 427 engines were rated at 435 horsepower.

Nevertheless, to many, the elusive L88, of which only 216 were ordered from 1967 through 1969, remains the Holy Grail of Corvettes of the ’60s.   The L88s low production numbers can be attributed to GM intentionally low-rating the L88s horsepower, when in fact it was much more powerful than any other 427 engine of the time.

The L88 designation referred to a special set of race-ready equipment upgrades to the standard Corvette that added power and improved handling.**  The engine, which was the key element of this option package, is what makes this car so unique and collectible.  Despite Chevy intentionally underrating the engine’s horsepower in their original sales literature at 430 HP*, the L88, with its full array of speed equipment, actually produced at least 550 HP.   Here’s the “magic” that made the engine so powerful.

The unique hood bulge, with cowl cold air induction, is the first clue that a Corvette has an L88 option package.  Lift the hood (if you have the owner’s permission), and you’ll find an air cleaner embedded in the underside of the fiberglass hood, with a fire arrestor screen setting on the top of the carburetor. As an added precaution, some Corvette L88 drivers raised the hood before starting the car. By doing this, the chance of a backfire through the carburetor and into the fiberglass held air cleaner would be avoided, thereby preventing any possibility of a fire.

The L88 engine came with a strict requirement that 103 octane gas should be used during its operation.  In fact, each car came from the factory with a plaque on the dash stating this requirement.   For race teams, who were accustomed to using high octane fuel, this requirement didn’t pose a problem.  However, 103 octane gas was not readily available everywhere in the country — another reason GM didn’t want to promote the L88 option to the general public.

To control the extra horse power, a heavy duty suspension, larger brakes, a positraction rear end, and the M22 “Rock Crusher” 4-speed was added to the package.  However, since GM intended the L88 to be a race car, not a street car, some of the commonplace features that were available on other Corvettes were automatically deleted from the L88, such as:

This isn’t to say that one or more of the above features won’t be found on a Corvette L88 today, particularly on the 1969 model (the last year the L88 was produced).  As word began to spread to the general public about these super Corvettes, almost half of the total L88s sold were purchased in 1969.  And, a relatively higher number of those sold were headed for the street instead of the track.  Of course, these non-race related options may also have been added later in the Corvette’s life by new owners who wanted to make their L88 more “civilized.” 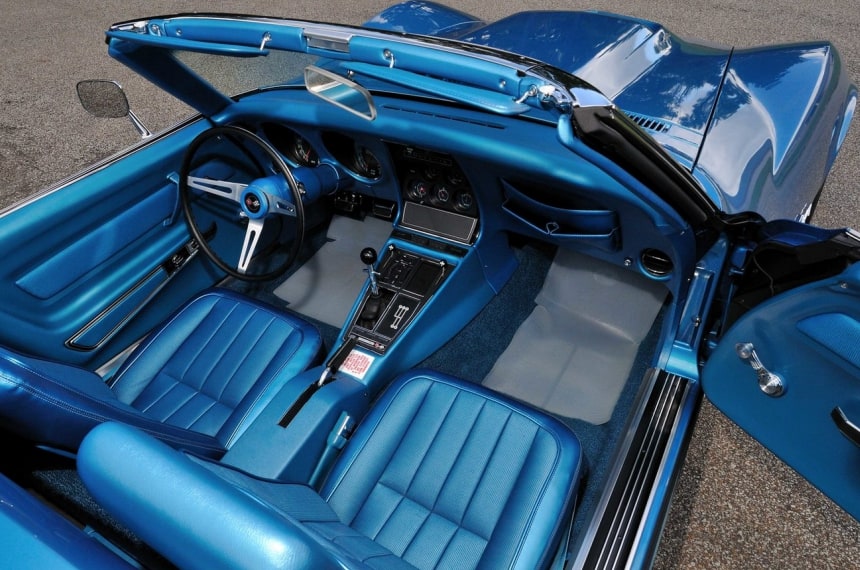 The story of the Corvette L88s wouldn’t be complete without mention of one other variant of this already unique car. In 1969, GM offered an option for an extra lightweight 427 L88 motor (an aluminum block) and special valve timing setup — the ZL1 package. Because of the added cost of this option (almost $5,000, essentially doubling the price), only three Corvettes were ordered with the ZL1 package.   If one of these rare cars comes up for sale, it could set a record breaking price. 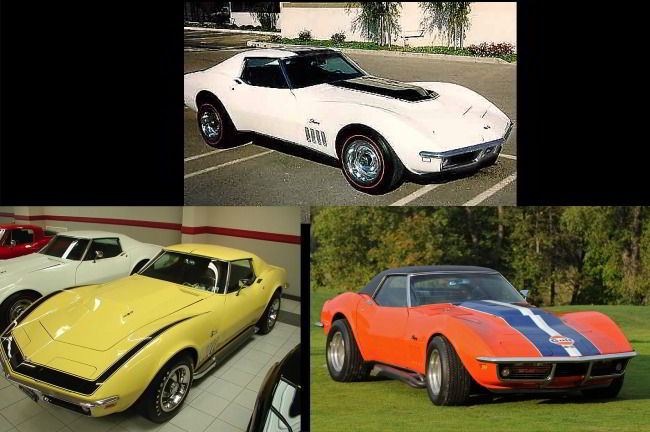 Here are the production numbers for the Corvette L88.

Only 20 L88s were built in 1967, making them the rarest and therefore the most valuable of this elite Corvette model. To demonstrate the collectibility-factor of these L88s, in 2014, a 1967 L88 sold at auction for a hammer price of $3.5 million. 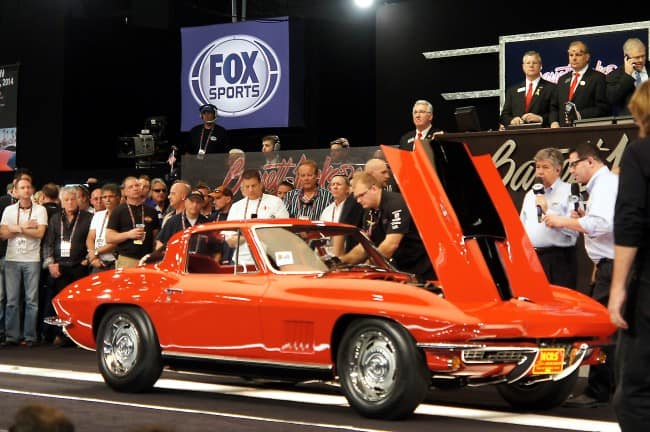 Significantly, in 2018 one of the super rare 1967 L88 Coupes crossed the auction block at Mecum Indy. The car was bid to $1,700,000, but did not meet the seller’s reserve.  See our interview with Ken Lingenfelter, who as a collector, gave us his perspective of this special Corvette L88 Coupe. 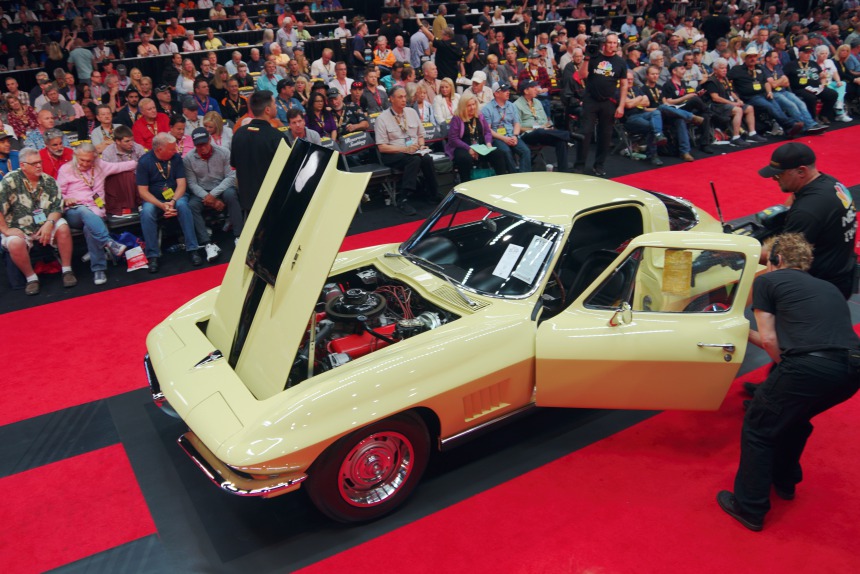 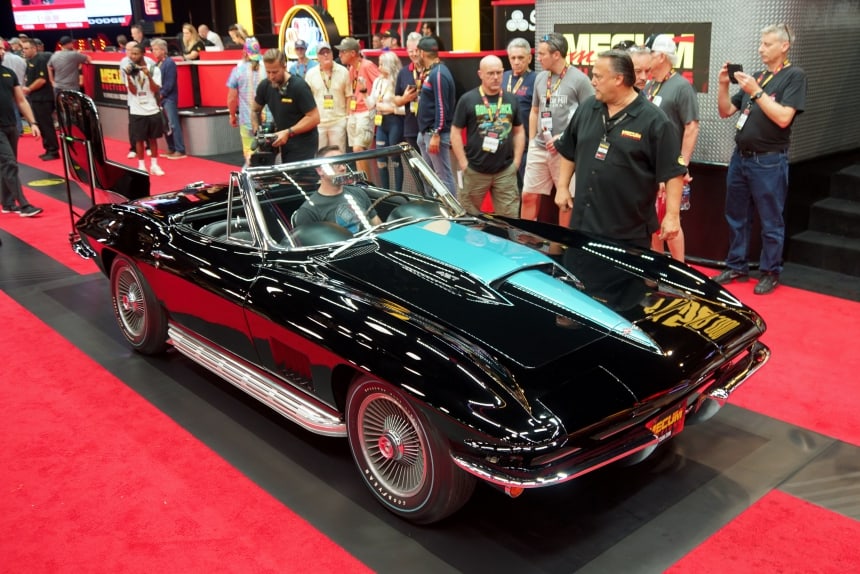 Whenever an auction company wants to have a ‘Star Car’ on the docket, a L88 Corvette is definitely a go-to classic.   The 1968 and 1969 models consistently receive bids into the hundreds of thousands, some approaching the $1M mark, while 1967s are well over $1M. Not all of these cars reach the reserve price set by the owner, but here are some of the sale prices for L88s sold at auction in recent history.

Here is a sampling of other L88 Corvettes which have crossed the auction block in recent years.

Editor’s Note: This post, which was originally published in January, 2017, has been updated with additional information, including latest market results .