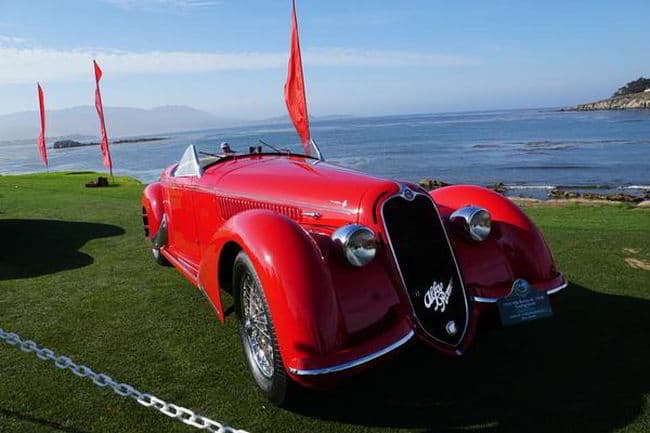 The Pebble Beach Concours, which began in 1950, is one of the premier Concours in the world. Only the most beautiful and rare automobiles are invited to appear on the famed eighteenth fairway of Pebble Beach Golf Links each year.  So, to compete, much less win, is a significant accomplishment. This year, there were 219 cars in the Concours, which included these special and unusual classes.

A special display of DuPont motor cars was one of the highlights of the 2015 Pebble Beach Concours d’Elegance. Very few of these prewar grand automobiles were built, and only a handful still exist, so to see 11 of these cars on the Pebble Beach show field was extraordinary. Here are a few examples of this rare car, each with its own unique hood ornament.

A group of historically significant 1949 – 1951 custom Mercury’s, including iconic lead sleds made famous in pop culture movies and popular car magazines of the day, were a very special class at the 2015 Pebble Beach Concours. These cars represent some of the most recognized “Chopped and Channeled” Mercs ever built.

Mercurys On The Lawn

From the best in class winners, four vehicles were chosen for Best of Show eligibility. The final four contenders for the 2015 Pebble Beach winner were:

This 1924 Isotta Fraschini Tipo 8A, owned by James and Dot Patterson of Louisville, Kentucky. 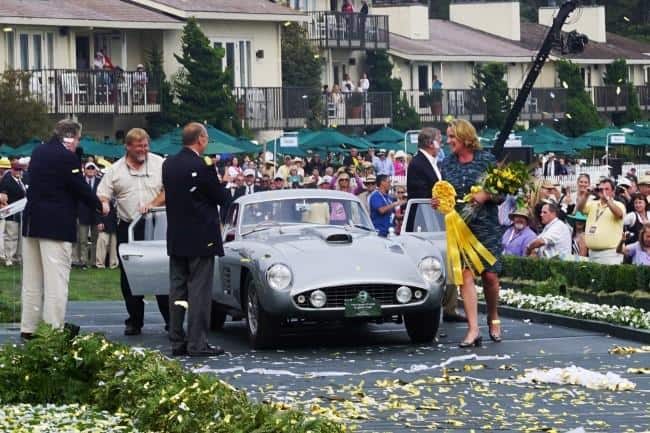 We were at Pebble Beach last year when history was made — the first postwar car and the first Ferrari in the history of the Pebble Beach Concours,a 1954 Ferrari 375 Scagletti Coupe won Best of Show.