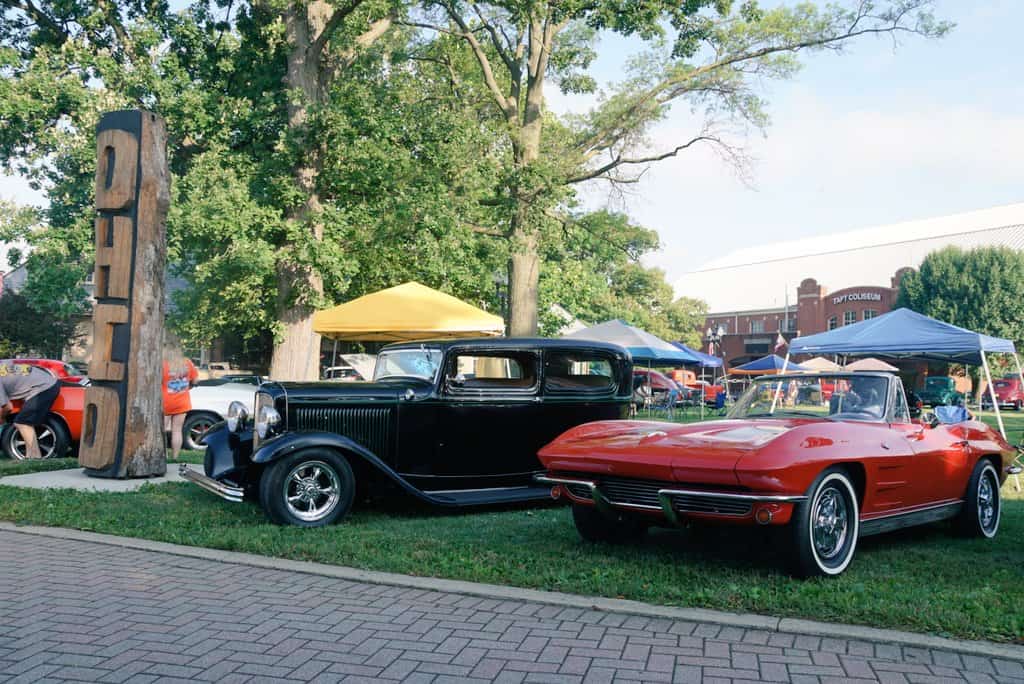 The sound of V8 rumble filled the Ohio Expo Center in Columbus all weekend for the 22nd Goodguys PPG Nationals. As the flagship event on the Goodguys calendar, it was three full days of non-stop classic car action. Highlights from this year’s show included crowning of the top Street Rod and Street Machine of the year, giveaway vehicles, autocross action, individual vehicles awards, and a special 50th birthday display of the iconic 1969 Camaro. Here is what we saw.

Street Machine of the Year Winner

It was the lone FoMoCo car in the final 5 but the Greening Auto Company Maverick took home the top prize of Street Machine of the Year. Ford’s other pony car is not normally associated with the go-fast crowd, however this wild ride is a big expectation. Packing a 427 Windsor based twin turbo with 1,200 HP it has been clocked at over 200 MPH – proving it has plenty of Go along with the Show!

For more about this 1932 Ford Victoria, see our interview with Phil Becker, winner of one of the Great 8 awards at the 2019 Detroit Autorama.

Celebrating Five Generations of the Camaro

Goodguys hosted a 50th anniversary celebration of the 1969 Camaro. A total of 127 ’69s were at the show, possibly setting a world record for the number of these iconic muscle cars altogether in one place. A few of the stars in this Summer of ’69 show included a COPO ZL1, Yenkos, The Big Red Camaro, Detroit Speeds’ Tux (2018 Street Machine of the Year winner),and several other high end builds.

2017 Street Machine Of The Year

The unveiling of the 2020 Giveaway car to be given away at the 2020 Goodguys PPG Nationals is a 1967 Nova built by Designer Street Rods.

The Goodguys staff and their sponsors have the unenviable task of selecting winners of their specialty awards. It is quite a challenge, considering the caliber of vehicles that continue to grace the grounds of the Ohio Expo Center. Here are a few of the award winners.

For more eye-catching cars at the Goodguys PPG Nationals, click on the below photo. 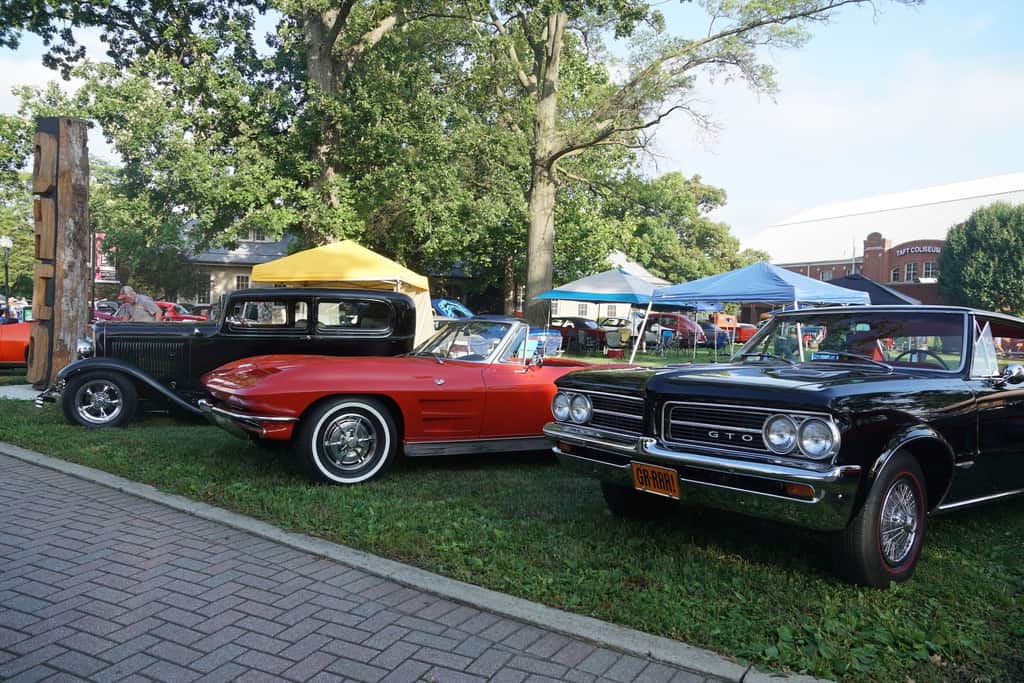 For an overview of Day 1 at Goodguys PPG Nationals, click on the below photo. 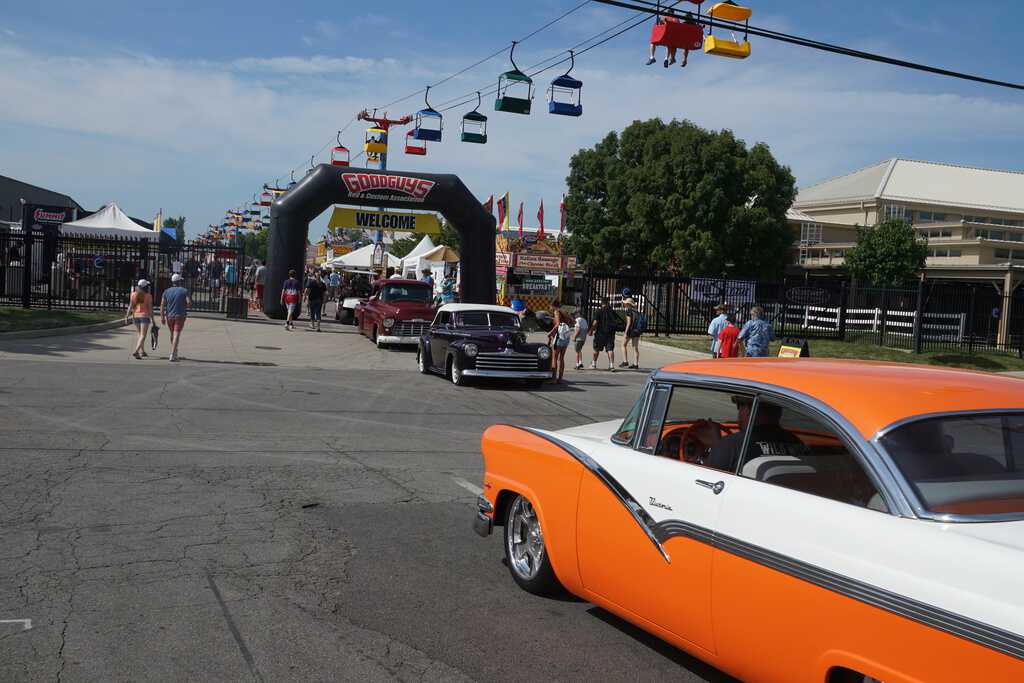 For the North Carolina Nationals in Raleigh, click on the below photo. 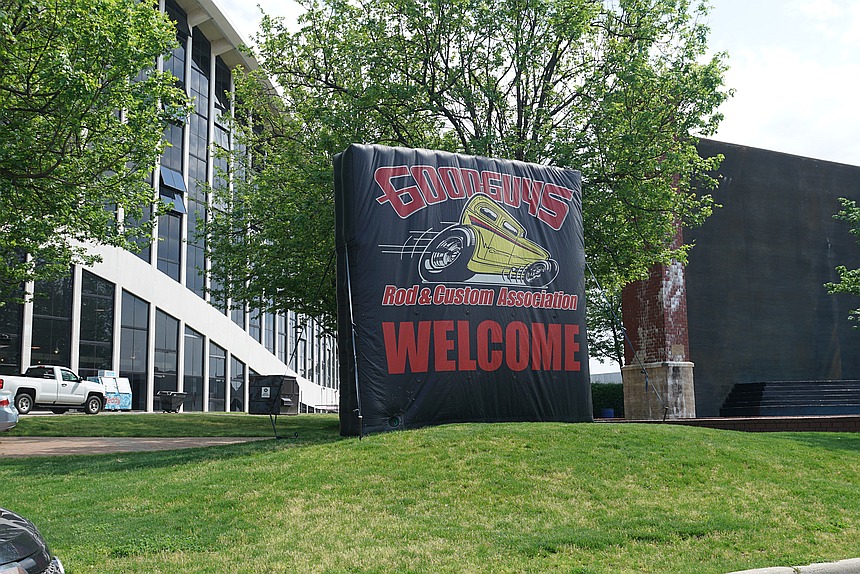 For the Southeastern Nationals in Charlotte, click on the below photo. 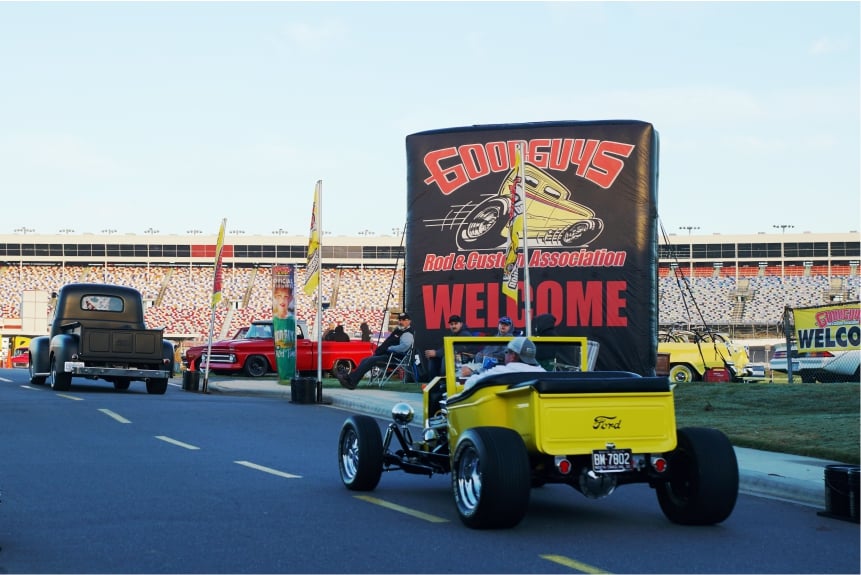 For the 2018 Goodguys PPG Nationals, click on the below photo. 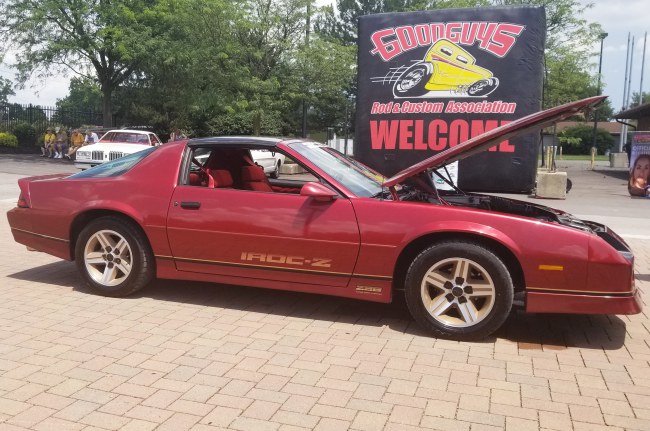