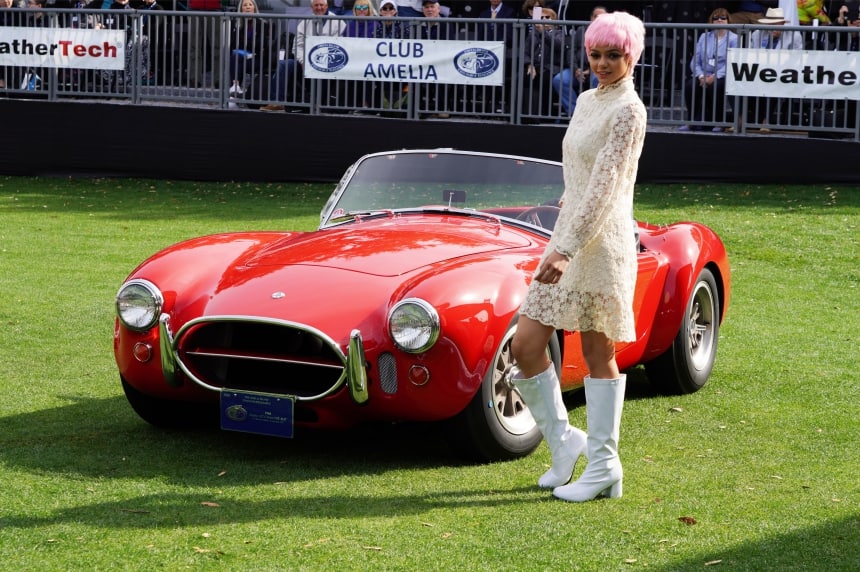 Although there were a few bumps along the way, the classic car world still created a lot of buzz in the year of social distancing.  That’s because many of the newly-minted Custom Builds for 2020 made their debuts prior to COVID-related crowd restrictions, at car shows such as the Detroit Autorama and the Grand National Roadster Show.  Also, classic car auctions, such as Mecum’s huge event in Kissimmee, Arizona’s Auction Week, and Amelia Island’s Car Week were held before the country was “put on hold.”   Then, later in the year, as restrictions began to ease, several previously planned events were able to move forward under special conditions.

So, despite cancellations of several long-running perennial classic car shows, such as the Pebble Beach Concours, Goodguys Rod & Custom Association’s flagship show in Columbus, Hot August Nights, and SEMA, 2020 still generated a lot of classic car news.  Here are some of the big stories of the year, as well as a look at the new models that are destined to become future collectibles.

If you are still beating yourself up for not buying a new ‘69 Boss 429 or ’71 Hemi Cuda convertible, 2020 presented another opportunity to snag a blue chip collectible.  First up, the much-awaited C8 mid-engine Corvette began rolling off the assembly line in Bowling Green, KY.  General Motors hoped to sell 40,000 in its first year, but COVID-related plant shutdowns caused a significant reduction in production.  Therefore, only about half of the expected mid-engine Vettes, which includes fewer than 3,600 convertibles, will be built.  Since rarity leads to increased value for any classic automobile, the price of one of these first C8 drop tops is sure to appreciate over time. 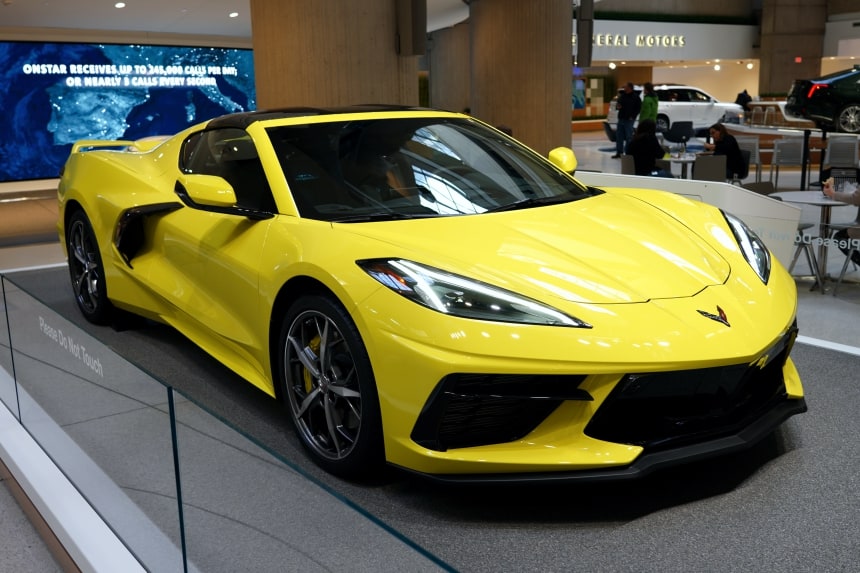 Ford created a lot of buzz in 2020 when it provided teaser photographs of its reincarnation of the Bronco.  Then came the spy shots, and finally, actual images of this 2021 nostalgic-rich 4-wheeler were unveiled.    Judging from the popularity of the first generation Broncos (’66-’77), the new off-road machine should become a very desirable collectible. 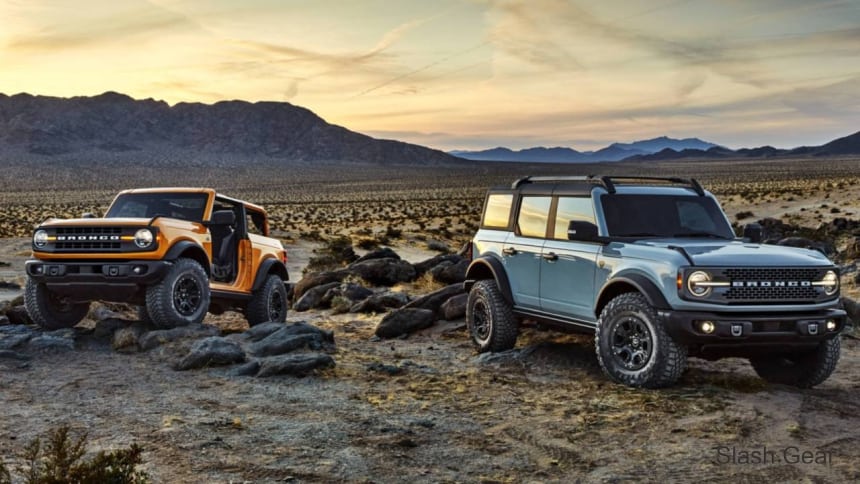 Like it or not, more electric vehicles are on the horizon, including a recently announced mega kilowatt GMC Hummer.  Billed as the “World’s first all-Electric Supertruck,” this 2021 vehicle with 1,000 HP and 11,500 FT-LB of torque, may be an instant collectible right off the assembly line.  One thing for sure, this is a Hummer like no other. 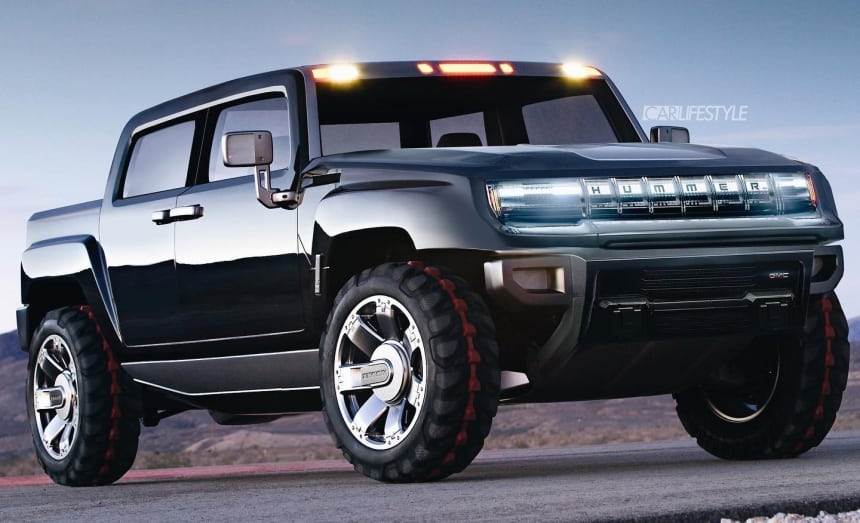 The thrill of piston-pounding muscle cars continued in 2020.  These offerings from Ford, Chevy, and Dodge would be the envy of Carroll Shelby, Don Yenko, and Mr. Norm.   You can walk into any of these dealer’s showrooms, and drive out a top-of-the-line 650 HP+ pony car with a warranty.  Fun times continue to roll for those that crave the sound of power and the thrill of G-forces.   These special high-performance models will be collectible, long after the new car smell is gone. 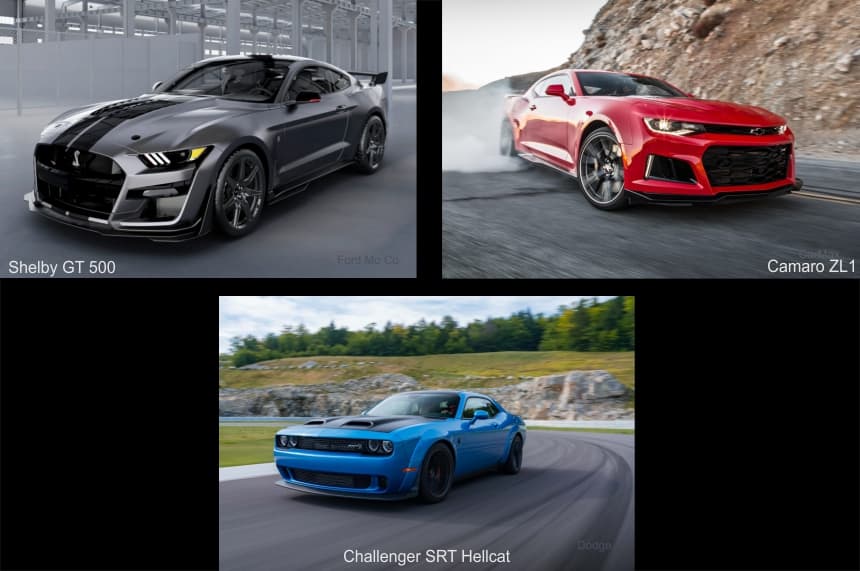 Getting a look at the latest crop of high-end custom-built cars is like back in the day when auto manufacturers rolled out their new models for the year.  At America’s Top Classic Auto Shows, builders reveal their latest creations, which in some cases have been in the works for as much as a decade.  2020 didn’t disappoint, as shown in the below group photo.  For more on these ultimate builds, check out our picks for the Top 10 Custom Builds. 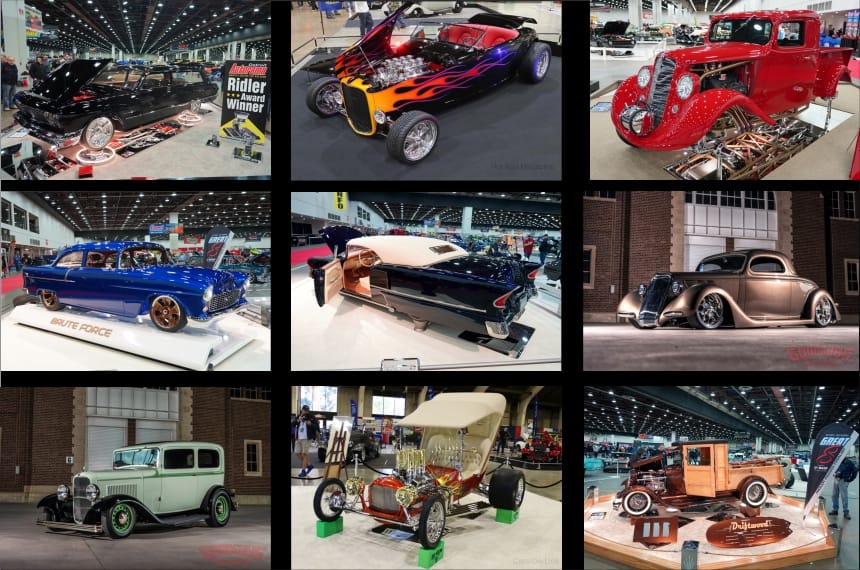 Roger Penske On the Show Field

Roger Penske – racer, team owner, international businessman, and recent recipient of the Presidential Medal of Freedom – was this year’s honoree at the Amelia Island Concours.   There was a spectacular group of Team Penske race cars on the show field for this event, including five of his Indy 500 winning cars.   For a once-in-a-lifetime photo, The Captain, as he is widely known, posed with the Borg-Warner Trophy and an impressive fleet of his go-fast cars. 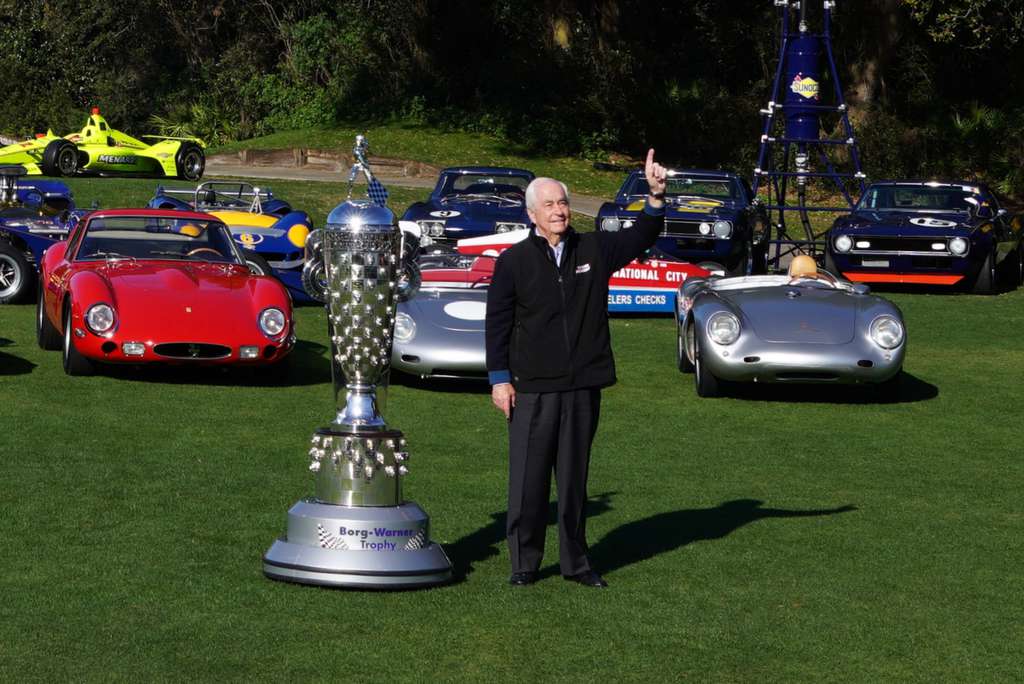 A frequent question in the classic car hobby is: “Are prices rising or falling?”  This is particularly relevant this year, considering COVID-19’s impact on the overall economy.   Since market values are model specific, we compared the 2019 and 2020 auction prices of 22 different models.  These models, from Ford, Chevrolet, and Chrysler, were blue-chip collectibles that are typically restored to high levels of originality and have minimal differences in options.  Examples included a 1970 Boss 302, 1969 Camaro Z28, 1970 Superbird 440, and 1977 Trans Am Bandit.

Based on the models compared, prices in 2020 either held steady or rose, as compared to vehicles sold in 2019.  Another qualitative gauge of the market is auction sell-through-rate (i.e., the number of vehicles sold versus total vehicles in the auction).  Reports we received from several auction companies typically reported a rate of 80% or higher, which indicates a strong market. This was further confirmed by our firsthand view of several auctions we attended during the year.  There was very active bidding, which was bolstered by the growing number of remote buyers.  Therefore, based on our targeted study, the auction sell-through rate, and our onsite auction experience, classic car prices generally rose in 2020. 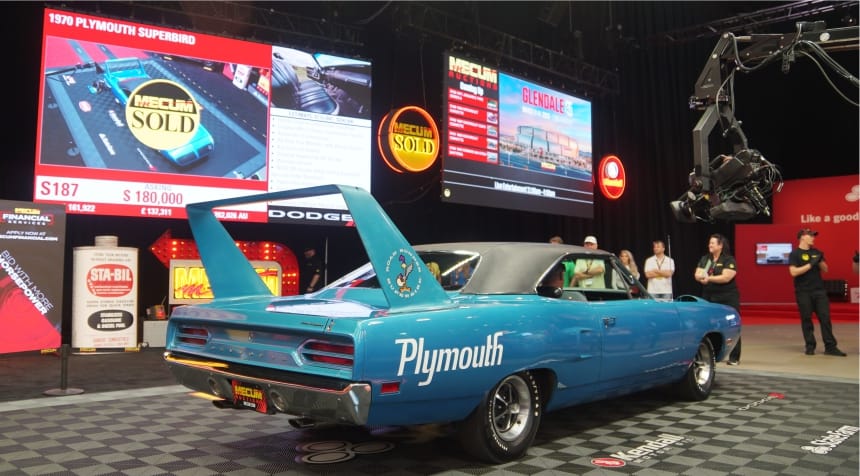 When classic car auctions restarted in the summer, they were either online-only, or the events were open only to buyers and sellers, not the general public.  So, while remote bidding played a minor role in the past, since COVID, it has become a much more significant part of the auction world.

Every year auction sales records are typically set and reset during Monterey Car Week, which takes place in August.  However, since all these auctions were canceled in 2020, Bonhams set the sales record at Amelia Island in March by selling a 1932 Bugatti Type 55 Super Sport Roadster for $7.1 million.  During the same week at Goodings and Company, a 1958 Ferrari 250 GT LWB California Spider received a high bid of $8 million, although it didn’t meet its reserve.   Another significant sale for the year occurred at a special RM Sotheby’s Contemporary Art Evening auction, which included a trio of Alfa Romeo Berlina Aerodinamica Tecnica concept cars.  These three UFO-looking road cars, dating from 1953 through 1955, sold in a combined lot for $14,840,000.

Meanwhile, in the sunshine state, Mecum held its monster 3,000+ vehicle auction that included movie star cars, as well as several unique vehicles linked to motorsports.  Without a doubt, the Challenger 2 Streamliner, which was built by legendary speed artist Mickey Thompson, was the fastest vehicle to cross an auction block.  In 2018, Mickey’s son, Danny, set a new world record for this piston-powered, wheel-driven car at Bonneville Flats, reaching a speed of 448.757 mph.  The final selling price for this amazing vehicle was $561,000.  See and hear more about this 32-foot Streamliner in our interview with Danny Thompson. 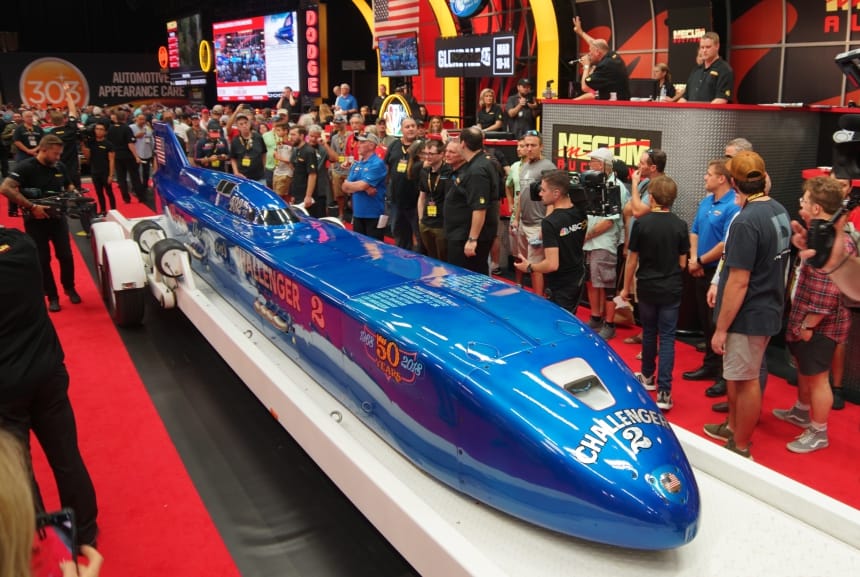 And then, the show stopper of the entire auction – the only surviving 1968 Mustang GT from the movie, “Bullitt” took center stage.  The fact that this iconic piece of motoring history was driven in the movie by Mr. Cool himself, Steve McQueen, sent the excitement factor even higher.  The auction hall was definitely rocking when this one-of-a-kind GT finally sold for $3.74 million, setting a new record for a Mustang sale.    However, apparently, records are made to be broken, because six months later, another Mustang broke the Bullitt’s record.   This time, a 1965 Shelby GT350R prototype was crowned the most expensive Mustang sold at auction when it brought in a cool $3.85 million at Mecum Indy.

Nevertheless, of all the classic cars sold in 2020, the Bullitt Mustang sale will be long remembered as one of the most exciting events in auction history.

Pandemonium When the "Bullitt" Mustang Rolls Onto the Auction Stage

Note: All auction prices reported in this article include sales commission.