The 43rd Cincinnati Concours, one of the longest-running shows of its kind in the country, welcomed back thousands of spectators and collectors to Ault Park for a celebration of the automobile.  The theme, which was a balance of both elegant coachwork and significant cars in motorsport racing, was “An Exhibition of Motorsport Excellence.”  Here are some of the 200 vehicles vying for the title of Best of Show at the 2021 Cincinnati Concours d’Elegance. 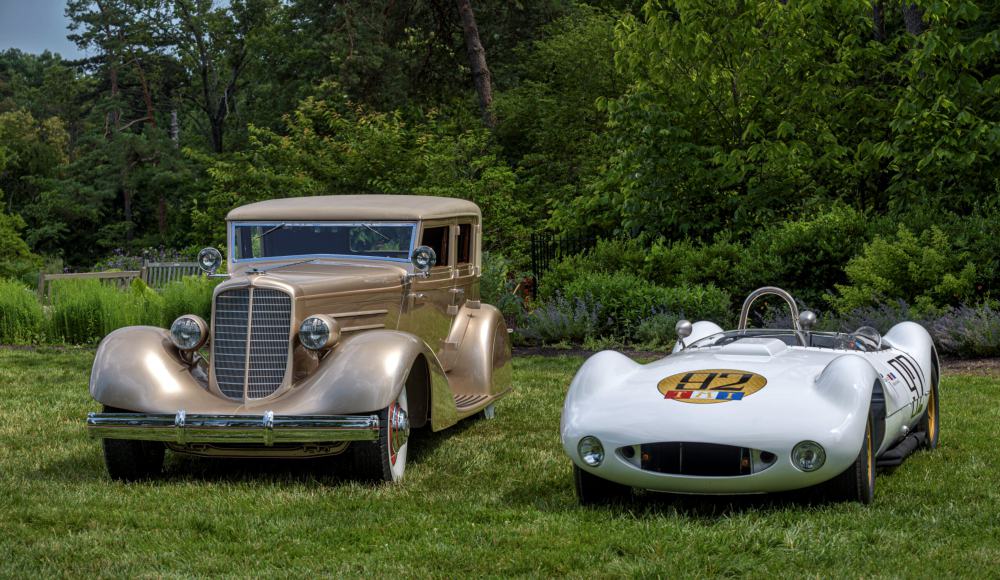 The history of this show winner is truly a Duesy.  It began life as one of the first legendary ‘Model J’ Duesenbergs produced, although it didn’t originally look like it does now.  During a ferry trip from Santa Catalina Island in the mid-30s, it had the misfortune of falling into the Santa Barbara Channel.  However, this Duesenberg’s story didn’t end there.  After it was recovered, the owner had it rebodied with a more modern streamlined design, but the original 265 horsepower, 6.9-liter straight-eight engine was preserved.  As a result, this is a very unique Duesenberg in a class that, in itself, is exclusive.

The Chaparral 1 is an all-American race car that was campaigned in 1961 by Jim Hall.  It featured a powerful Chevy V8 and represented a high-water mark for front-end roadster designs.  At the time of its introduction, it competed against several recently developed European mid-engine race cars that were proving to have better track handling manners.  As a result it never achieved the desired racing dominance.  One of only 5 built, this Chaparral is a rare example of one of the last designed front-engine roadsters.

This year’s show celebrated 100 years of Lincoln, 70 Years of the Jaguar E-Type, and the 50th anniversary of the Datsun Z-Car.  Of the many exceptional examples of these marques on the show field, one was particularly noteworthy – a 1921 L-101 Touring.  This Lincoln, which was the very first one produced, was an all-original, a true-100-year-old time capsule.

The Cincinnati Concours attracts many of the best classic vehicles in the country, and while all the participants are special in some manner, some are standouts because of their rarity or provenance.  This year’s best of show winners, as well as the very first Lincoln, mentioned above, would certainly be considered extraordinary.   Here are additional unique classics from the show that could be centerpieces in any museum.