The mark of a great car designer is to visualize the future, and then model a vehicle that embodies that vision.  Classic cars from the era of Delahaye, Cord, Mercedes-Benz (Gullwing), and Bugatti showcased the innovation of these talented automotive designers. Their work is particularly impressive compared to the first cars at the turn of the century.

Early car companies devoted very little time to a car’s outward appearance.  They were primarily interested in creating reliable, easy-to-operate automobiles, at a price the public could afford.  These automobiles, known as horseless carriages, consisted of only a four-wheel platform, a seat, and an onboard power source.   The car’s body’s design was only an afterthought.   Even in the Roaring ’20s, as cars became faster with more creature comforts, the car’s visual appeal continued to take a backseat to technical advancements and motoring safety.   There were a few exceptions, such as the one-off 1925 Rolls-Royce Phantom I and the 1929 Duesenberg Model J Sedan, but these were specially built custom cars that only provided a glimpse of future designs.

However, the focus of automotive design changed dramatically in the ’30 s with an explosion of elegant body designs we now celebrate as the high-water mark of creative coachbuilding.  The otherwise financially challenged ‘30s became the gilded age of streamlining and art-deco styles.  These flamboyant-bodied cars were built in the years leading up to WWII when the conflict paused car manufacturing until the late ‘40s.  Then when the automobile industry restarted, so did the evolution of vehicle styling – now influenced by the jet age.

Thanks to several innovative designers, in the span of a few decades, automobiles progressed from four-wheeled self-propelled carriages to eye-appealing sculptures.   Even today, these early designers impress us with their imagination and creativity.

So, who were these car designers that elevated automobile styling into an art form? Here’s our selection of 12 grandmasters of automotive design through 1960. 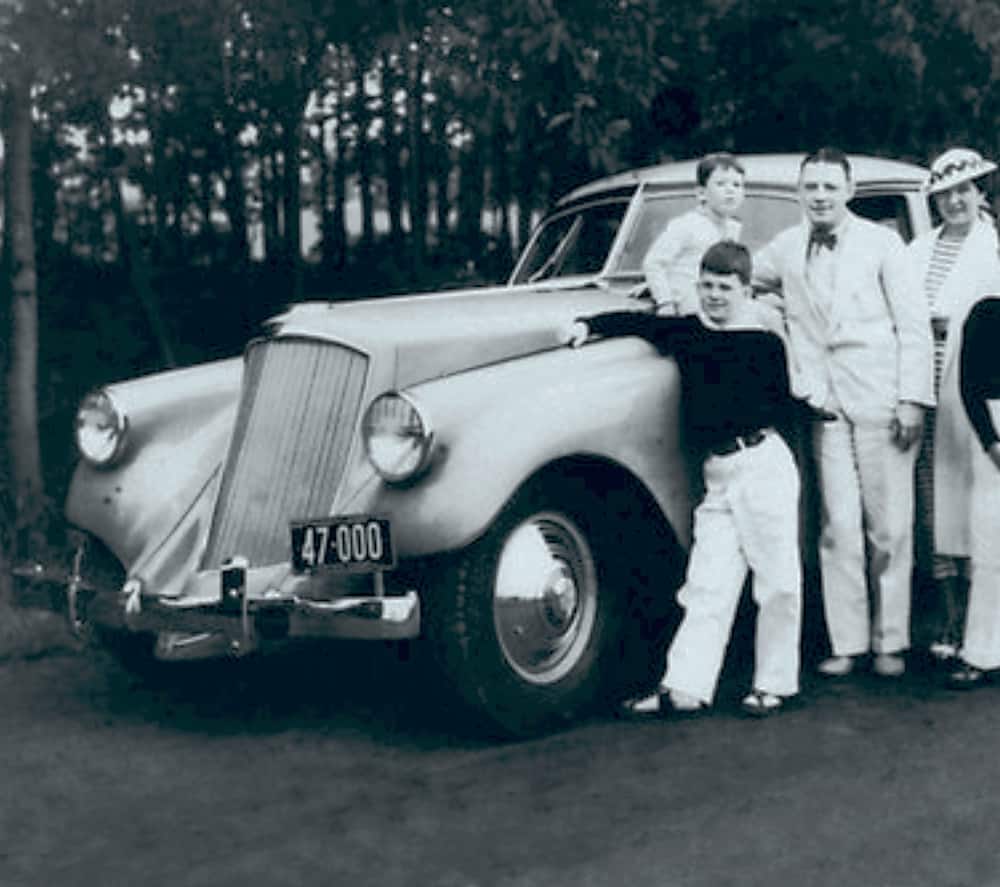 Wright started his design career with GM before moving to California and working for the renowned coachbuilder, Walter M. Murphy Company. His work on the 1931 Cord L-29 speedster is when his extraordinary talent for design was first recognized. It wasn’t until later, however, when he was employed at the Pierce-Arrow Motor Car Company, that he penned the design of his greatest work – the 1933 Pierce-Arrow Silver Arrow. Five copies of the beautiful Silver Arrow were handmade as a show car for the struggling Pierce-Arrow company. Although the company didn’t survive the depression years, three specimens of Wright’s masterpiece design did.
1933 Pierce Arrow 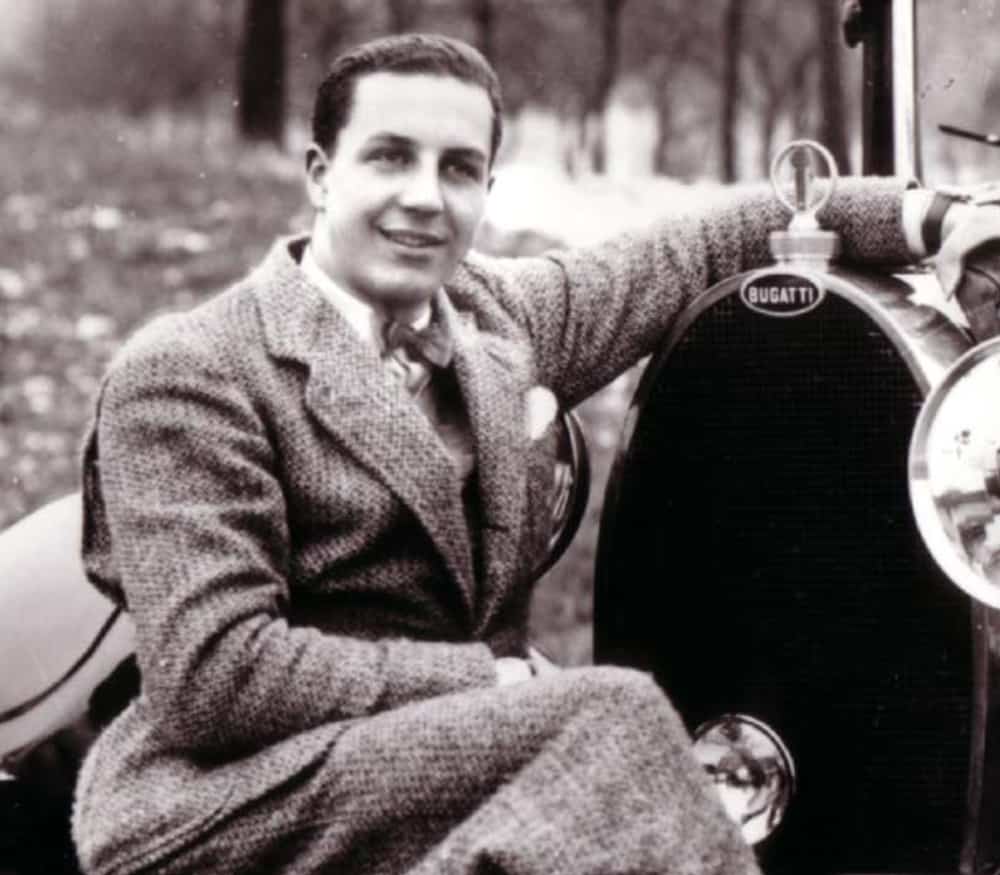 Jean Bugatti was the eldest son of Ettore Bugatti, who was the founder of the Automobiles E. Bugatti. He was still in his twenties when he did most of the design work on the company’s ultimate luxury road car, the 1932 Bugatti Type 41, better known as the Royale. His next project became one of the all-time great works in automobile style, the 1935 Bugatti Atlantic Type 57. The supercharged coupe, with its flowing contours accentuated by the center and fender spine, is positively breathtaking. Jean Bugatti was also a test driver for the Bugatti Automobile Company, and while driving a race version of the Type 57, he was killed at the early age of 30.
1935 Bugatti Type 57 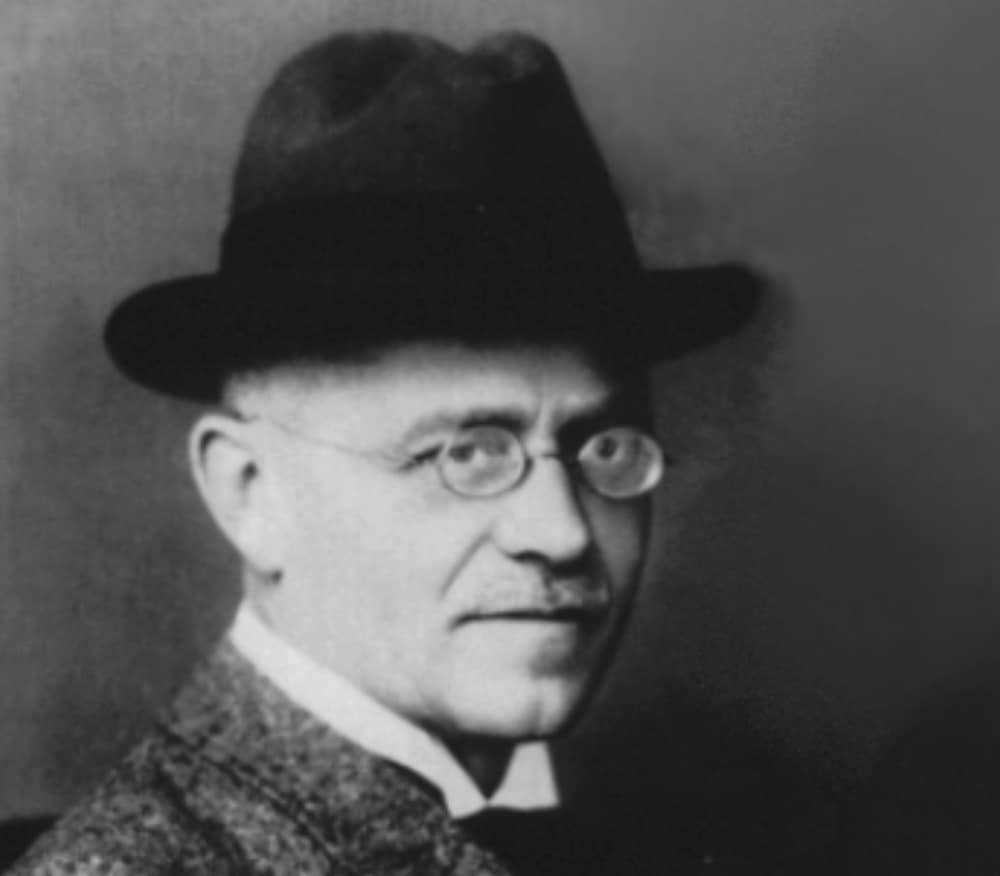 The 1937 Horch 853 Voll & Ruhrbeck Sport Cabriolet has been appropriately called the quintessential Concours d’Elegance car – the absolute expression of automotive style and elegance. The Horch brand was started by August Horch who was also the founder of a more recognized automobile manufacturer, Audi. During the time when this Horch 853 was built, the coachwork was done by the German company Voll & Ruhrbeck. Unfortunately, during WWII, the Voll & Ruhbeck factory, along with information about the actual designer(s) of the Horch 853, was destroyed.   This car, which was hidden away during the war, survived and is now widely recognized as one of the greatest examples of the art-deco age of opulence.
1937 Horch 853 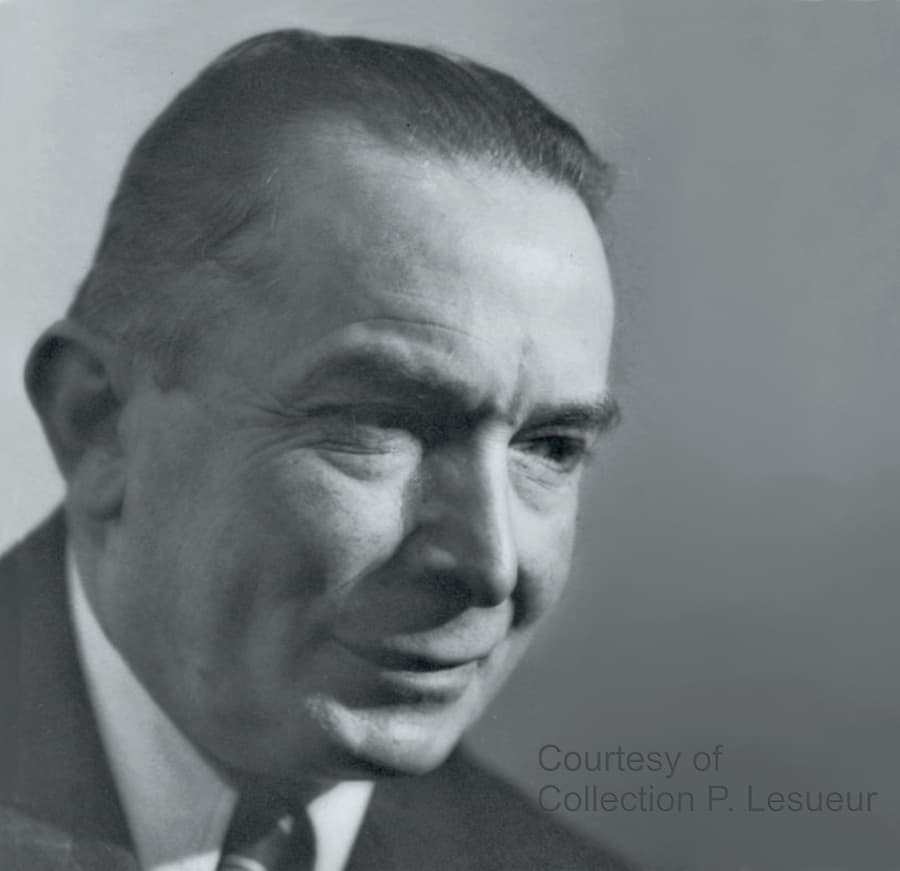 Joseph Figoni moved with his family from Italy to France where at the young age of 14 he worked as a carriage maker apprentice, learning the art of building luxury vehicles by hand. In 1919, he started his own business supplying automobile body designs for Renault, Alfa Romeo, Bugatti, and Delahaye. Initially, his designs were utilitarian, but this changed in the early ‘30s when he started to employ streamlined shapes which became known as “Tear Drop” body contours. Some of his greatest works dressed the chassis of the 1937 Talbot-Lago T-150C, the 1937 Delahaye 135 Competition Torpedo Roadster, and the 1939 Delahaye Type 165. His signature designs of steeply racked windshields, voluptuous pontoon fenders, and splashes of chrome and paint, make his cars appear to be in motion even when sitting still.
1939 Delahaye Type 165 Cabriolet 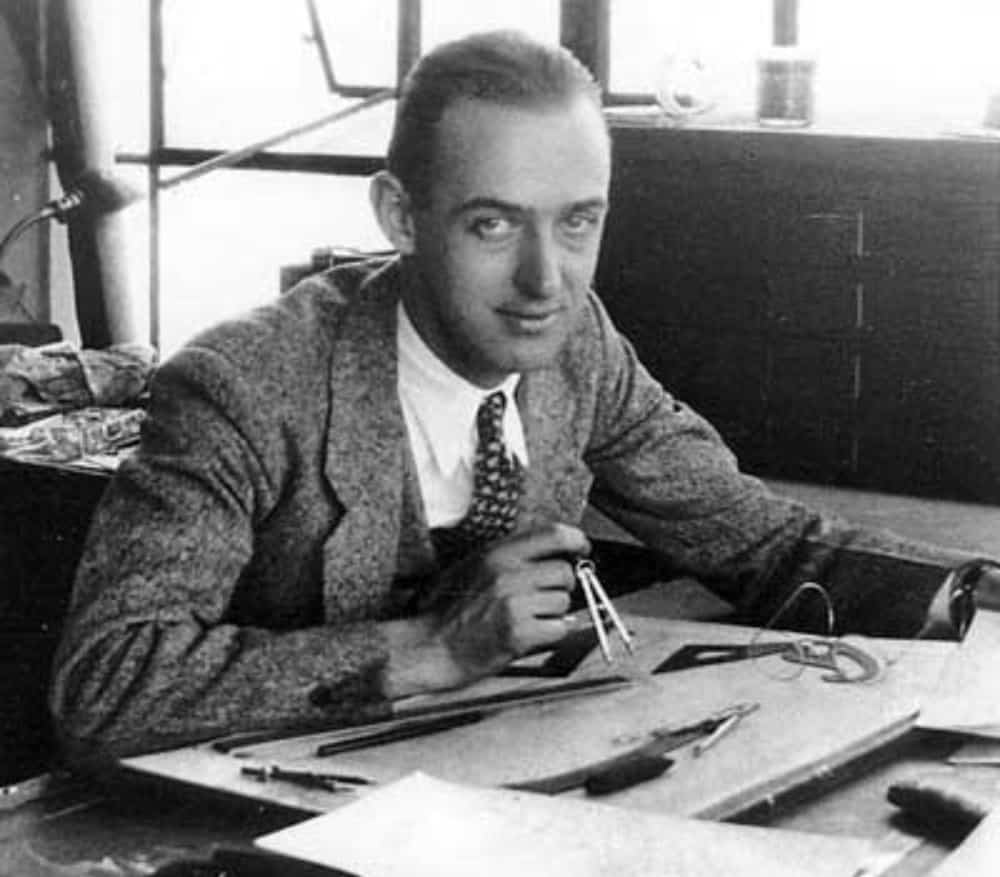 Gordon Buehrig worked for six different prominent car companies during his automotive design career.  He is best remembered for his designs at the Auburn Automobile Company where he drew the body styles for the Duesenberg Model J, the 1935 Auburn Boattail Speedster, and the 1936 Cord 810.  In later employment with Ford, he developed the attractive body design for the 1956 Continental Mark II.  This exceptional collection of domestic cars has become highly prized by collectors and appreciated by all motor enthusiasts.  For a very personal look at Gordon Buehrig, visit the ACD Museum in Auburn, IN, where you’ll see his original design studio (in its original building) and his working sketches.  It’s definitely a trip back in time.
1936 Auburn 852 Boattail Speedster 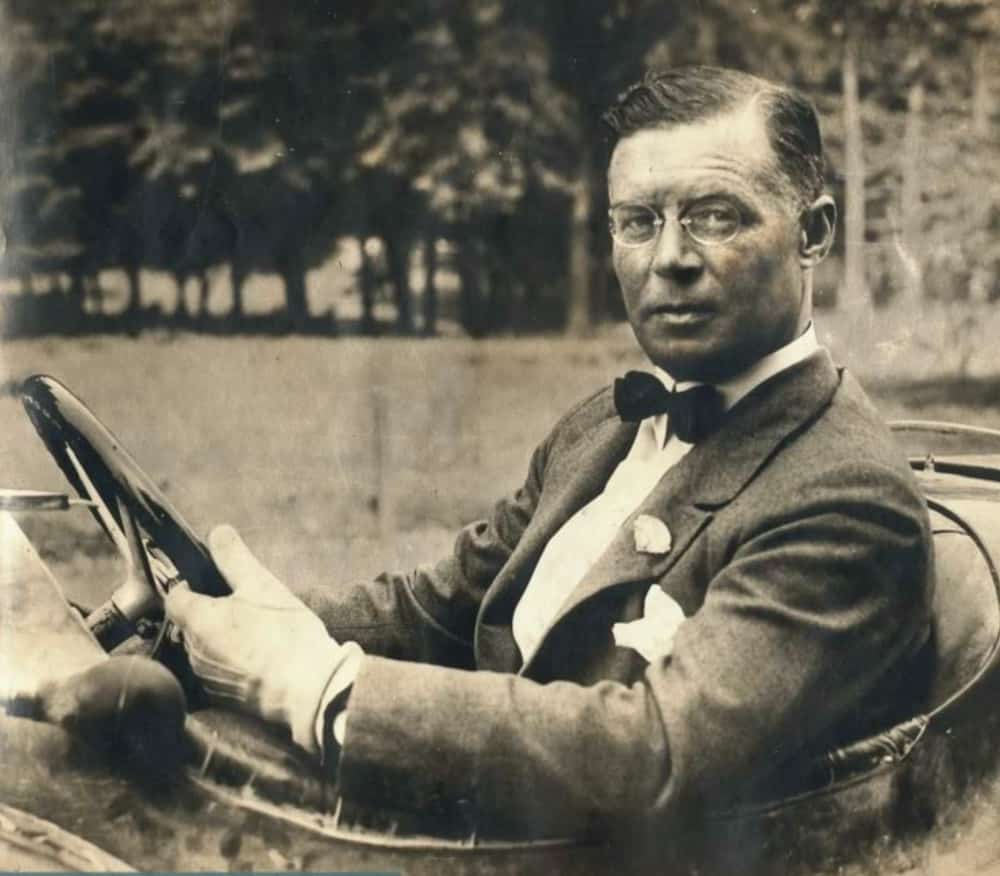 Felice Bianchi Anderloni and his partner Gaetano Ponzoni started Carrozzeria Touring in 1926.  Known for both the beauty of its designs and patented Superleggera construction methods, this coachworks company provided bodies for both Alfa Romeo and Ferrari.  Certainly one of Felice Bianchi Anderloni’s greatest design achievements came in the late ‘30s with the legendary Alfa Romeo 8C racecar, which was also sold for road use.  With a supercharged straight 8 engine, four-wheel independent suspension, and a body that was both lightweight and exuded speed, it was truly the supercar of the day.
1939 Alfa Romeo 8C 2900B Spider 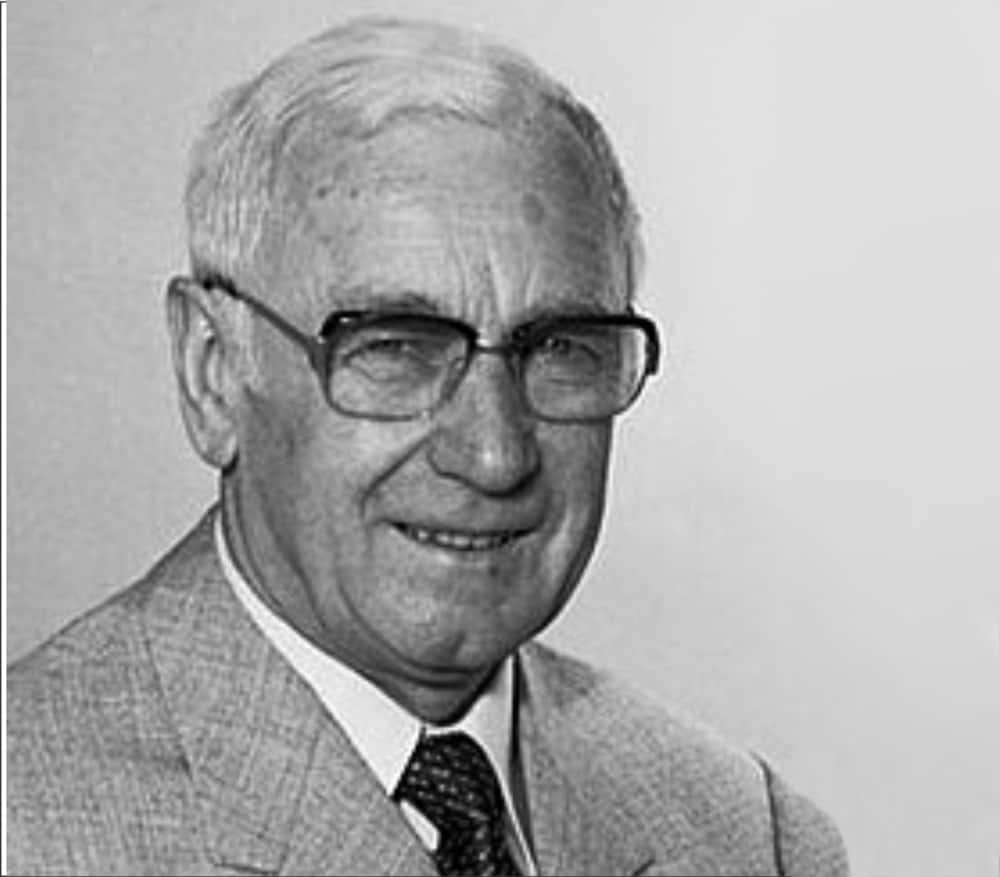 Friedrich Geiger began his automotive career with Daimler-Benz in 1933.   Working in the special vehicles manufacturing department, he was responsible for designing the imposing Mercedes-Benz 540 models, including the highly-revered 1939 540K Cabriolet.   Following WWII, he became head of the Mercedes-Benz styling department.  Along with test driver and Engineer Rudolf Ulenhaut, Friedrich developed the distinctive design for the renowned Mercedes-Benz 300SL Gullwing coupe.  Production of the Gullwing, which began in 1954, lasted until 1957, and became one of the all-time great sports cars ever produced.
1955 Mercedes Benz 300SL Gullwing 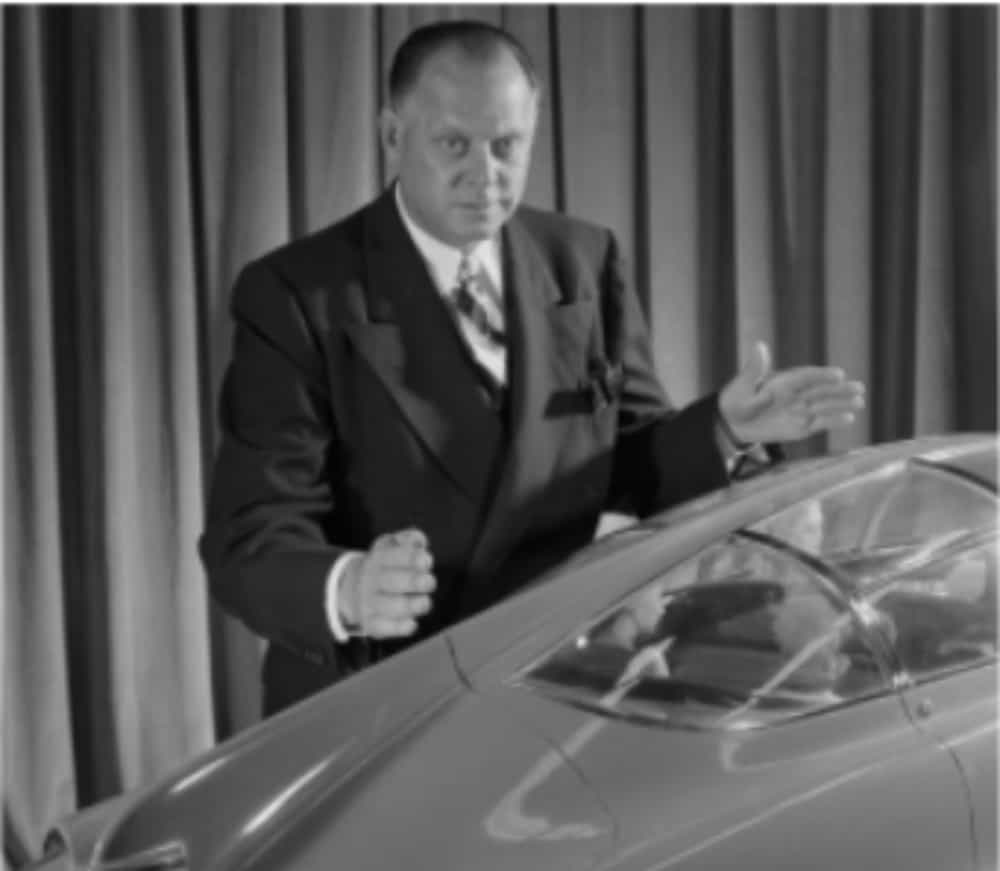 It isn’t surprising that a creative genius like Harley Earl was born in Hollywood, California.  He developed his coach-building skills working in this father’s shop which supplied custom car bodies for movie stars.  Earl’s work caught the attention of Fisher Body Works which led to his long-term connection with General Motors.  He was credited with numerous innovative ideas, such as the use of clay modeling in body design and the use of concept models to promote GM production cars.  The 1938 Buick Y-Job Concept is considered an industry first of its kind.  Many more Concept Cars followed, such as the 1951 LeSabre and the aircraft-inspired GM Firebird which together became the  General Motors Motorama.  Although the Concept Cars never made it into production, many unique features from Harley Earl’s designs were incorporated, including his signature fins which reached their pinnacle on the 1959 Cadillac.
1951 Lesabre XP 8 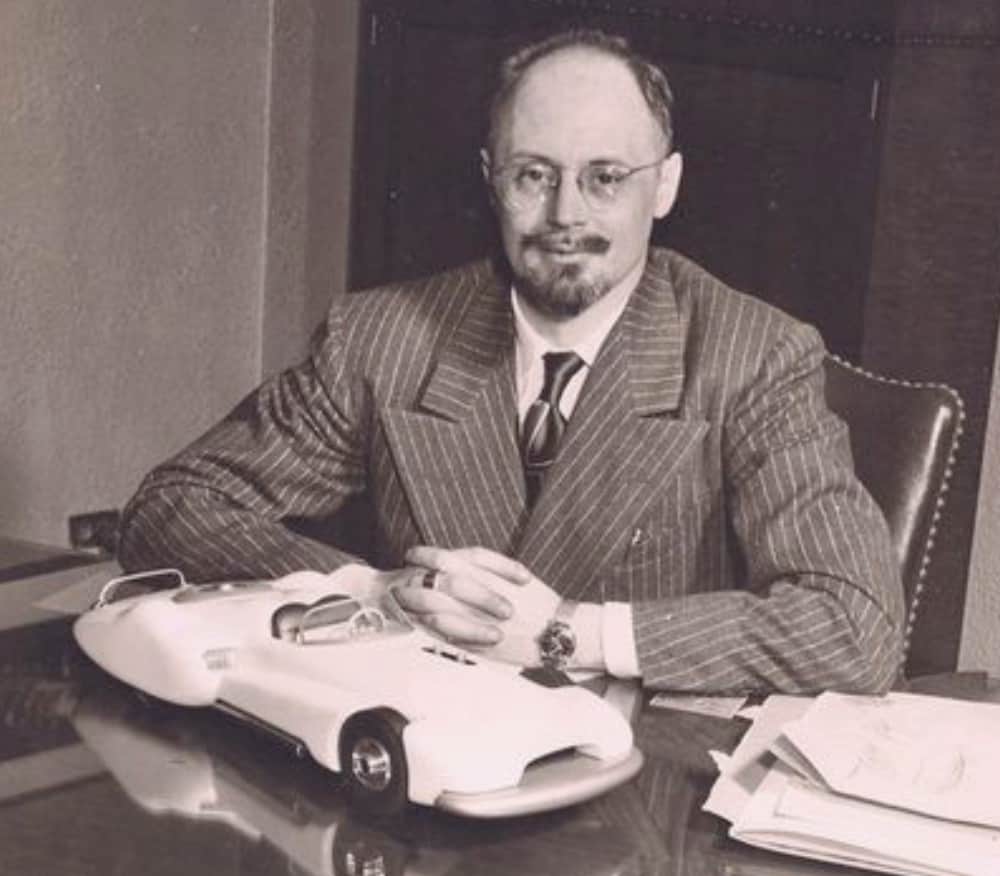 Alex Tremulis’ automobile design work started with the Auburn Automotive company in 1933.  At only 19, and without formal training, he quickly rose in the company.  And, by 1936, he was named chief stylist.  Working alongside Gordon Buehrig, he contributed to the design work on the Cord 810 and other Auburn company models.  He then spent time at GM and Ford, and Le Baron, a coachbuilder for Chrysler.  It was there that he penned the unique 1941 Chrysler Thunderbolt Concept Car.  However, his greatest creation may have been the 1948 Tucker 48, a futuristic-looking car that was truly ahead of its time in both design features and body style.
1948 Tucker 48 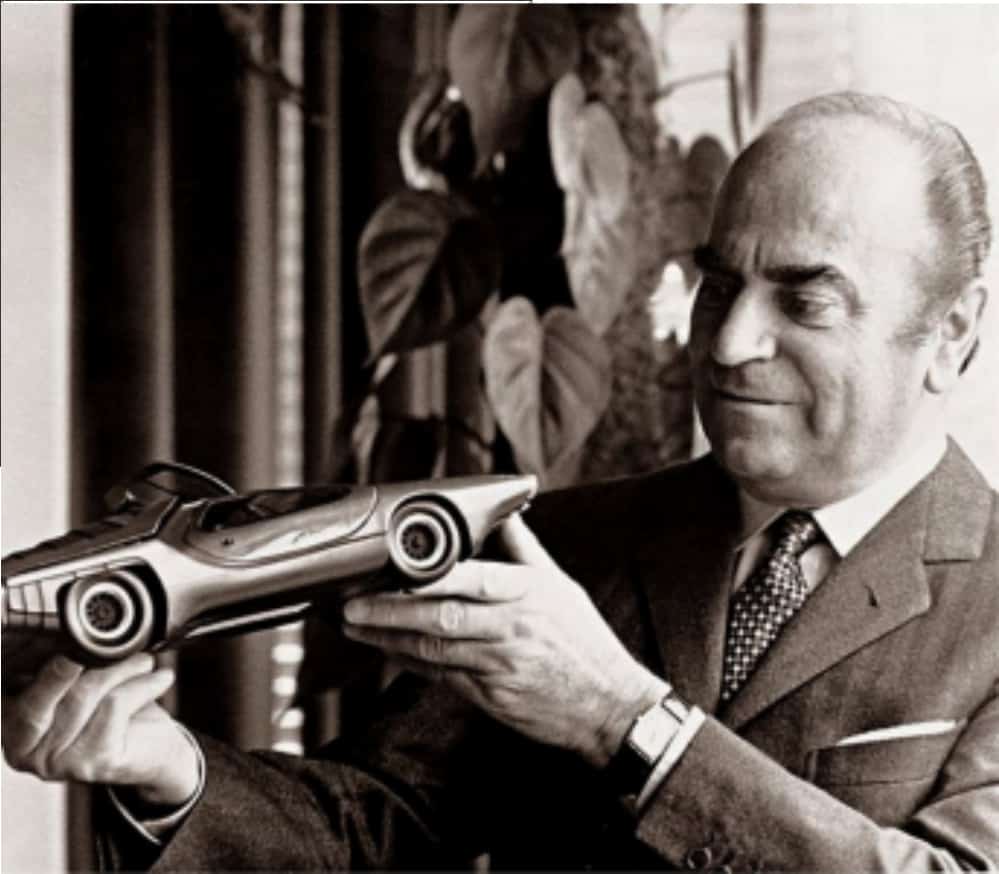 Carrozzeria Bertone company’s primary customers were Fiat and Lancia.  Soon after Nuccio’s elevation to the head of Bertone, Alfa Romeo came calling with a request for a series of halo vehicles to promote their sports car image.  In three consecutive years, 1953, 1954, and 1955, Bertone designed a one-off Concept Car that pushed the boundaries of car design and aerodynamics.  Called the Berlinetta Aerodinamica Tecnica (BAT) Concept Cars, the trio is arguably the ultimate expression of artistic freedom in automobile design.
Alfa Romeo Bertone B.A.T. Concept Cars 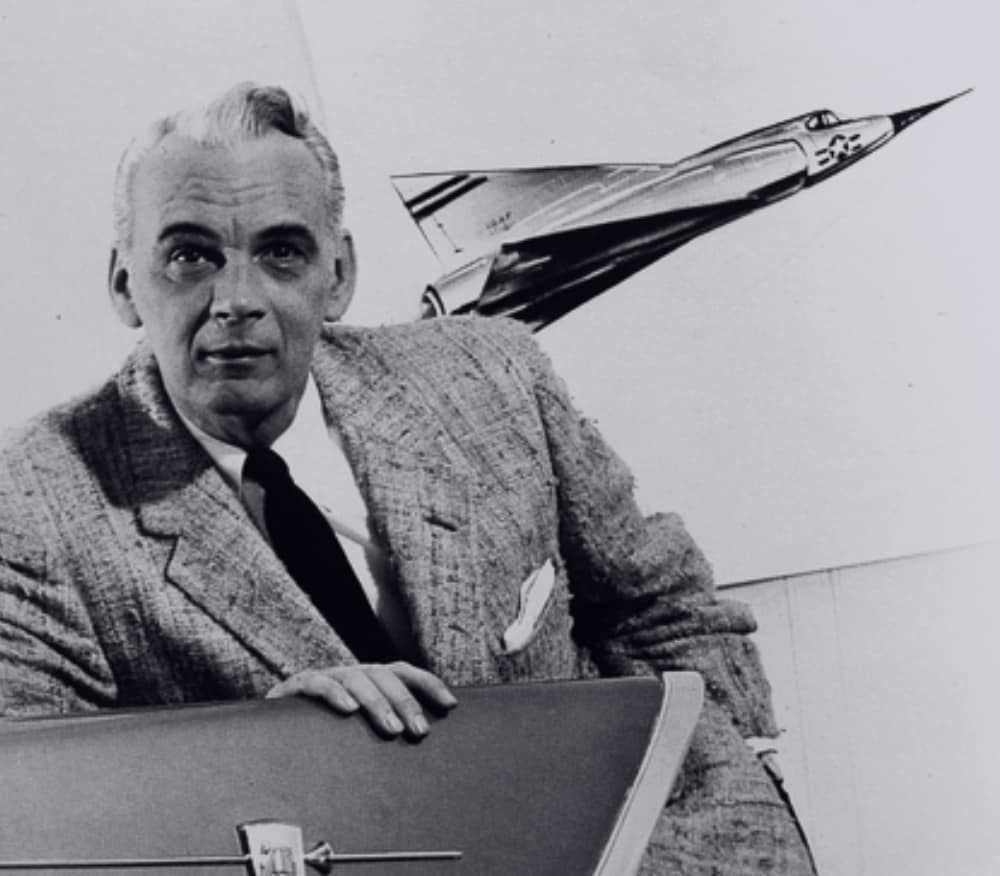 Virgil Exner’s career started at GM where he was hired by styling executive, Harley Earl.  In the late 1930s, before he turned 30, he was in charge of Pontiac designs.  Following WWII, he worked at Studebaker and is credited with the fresh postwar look of the 1947 Studebaker Starlight Coupe.  In 1949 he moved to the Chrysler Advanced Styling Group, where he successfully advocated for designers, not engineers, to create the car designs.  In the process, he coined the term “Forward Look,” which upstaged other major automobile companies and created a new trend in styling.  Big flamboyant fins were an integral part of the “Forward Look,” and were freely used in the late ‘50s /early ‘60s on most Chryslers models.  Exner was the driving force behind numerous Concept Cars.  Collaborating with  Carrozzeria Ghia, he oversaw the development of Concepts such as the 1952 Chrysler D’Elegance, 1955 DeSoto Adventure II, and 1955 Chrysler Falcon.  And, like his counterpart at GM, Harley Earl, many innovative features on these Concepts made their way to Chrysler’s production cars.
1952 Chrysler D'Elegance 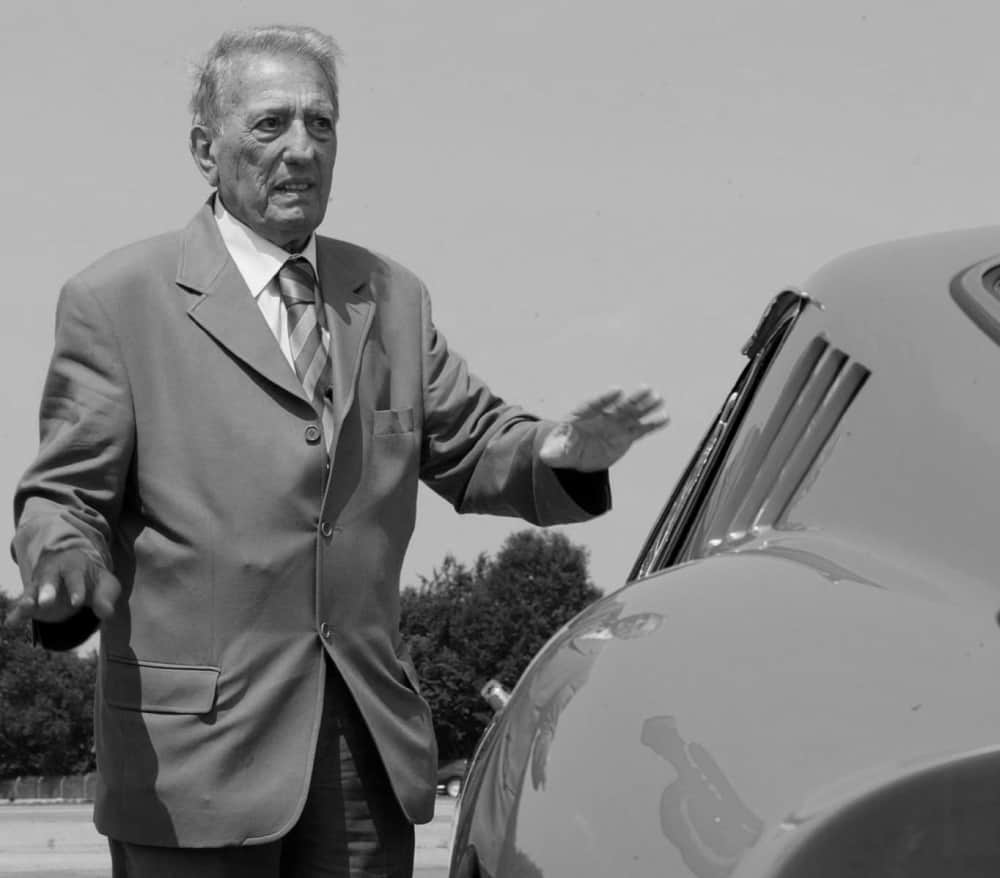 Sergio Scaglietti’s automobile business started pre-WWII as a repair shop for gentlemen’s race cars damaged in the heat of competition. Then in the early ‘50s, when a new upstart, Enso Ferrari began fielding his winning race teams, he called on Scaglietti to “body” his state-of-the-art chassis. The partnership between Sergio and Enso continued through the ‘50s and into the ‘60s, beginning with classics like the 1957 Ferrari 335S, 1958 Ferrari 250 Testa Rossa, and 1958 Ferrari 250 GT LWB California.   Their collaboration reached its pinnacle with the production of the almost mythical 1962 Ferrari GTO.  Today these thoroughbreds are some of the most coveted classics in existence, both for their race-winning heritage and their sexy designs.

1962 Ferrari 250 GTO
Two additional notable designers in this era were Raymond Dietrich (1894–1980) and Howard “Dutch” Darrin (1897–1982) for their pre-war coachwork on Packards. Often, these designers specially modified the Packard for celebrities and industry VIPs. One of the more popular design modifications of this luxury marque was the 1934 Packard 1108 Twelve Convertible Victoria by Dietrich.

Of course, there were many other great automobile designs after 1960, such as the Jaguar E-Type and the Aston Martin DB5.  However, the designers of these and the other iconic cars that followed are outside the timeframe of this article and are the next generation of master designers.

The above photos are by eClassicAutos, except as noted. Special thanks to RM Sotheby’s and others for the photo content included in this article.